​
Jorge Hernaez is the principle contrabassist with the National Symphony de Cuyo in Mendoza and an active composer with his works being performed and recorded throughout South America. In addition, Jorge has a growing body of work as an instant composer, playing free improvisation. His works have been recorded on CIMP and Cadence Jazz Records in the USA, SLAM Productions (UK) and La Gorda Records and NoSeSo Records in Argentina.

David Bajda is composer, and guitarist in Mendoza, Argentina. Of Slovian decent, David's approach incorporates South American and Eastern European influences. He is a dynamic composer, active in South America and a superb classical guitarist. His works have been recorded by state composer associations. 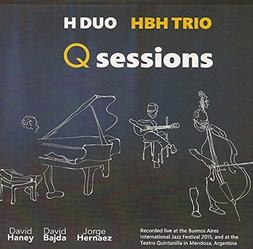